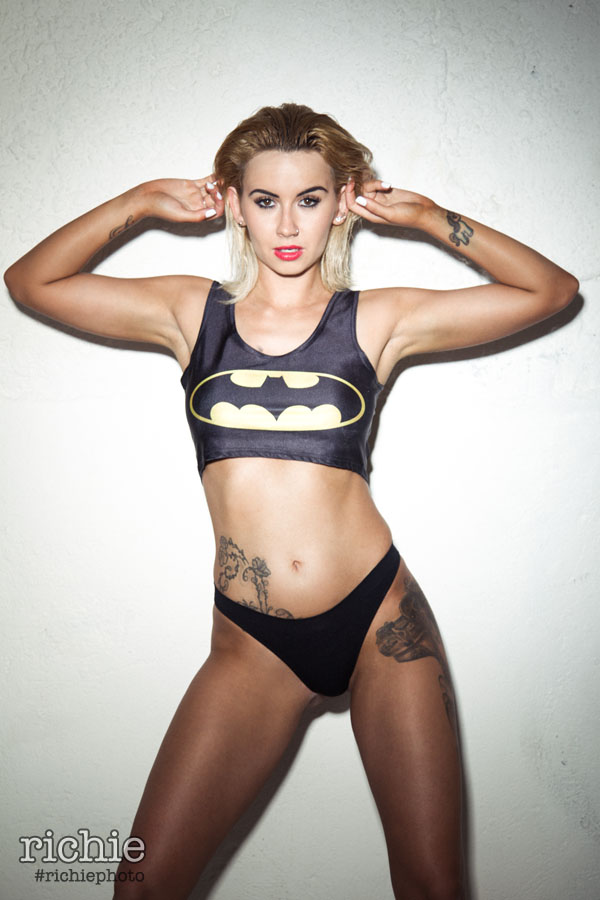 Jo Simpson is one cool chick. Monster Energy Girl, Firebreather, Ink’d girl, dog lover and Batman fangirl… add into the mix incredible looks, what is there not to like about her. I eventually got to meet her in June 2015 for this shoot and it turned out awesome.

Behind the scenes with @josiejo88 , shot by her partner in crime, the wonderful @luluallure. #studio #behindthescenes

Behind the scenes on a recent shoot…. @luluallure looking after her bestie!

Here are a few snaps of Nadine who I met up with and shoot on one of my 2015 London Trips. As you have guessed by now, the shots are NSFW ( See all NSFW posts here) I have up until now ( March 2106) being holding back on all my NSFW shoots.

Images below are Not Safe for Work – NFSW ….. You have been warned!

I have been heading over to London for  syndication shoots with agencies over there for the last year, but haven’t posted any… (haven’t been doing enough posting in general). Syndication basically means that pictures are taken with the aim to sell them to various magazines and papers. The kind of shots that I have been doing over there are mostly glamour shots, i.e. sexy shots where the girls are often topless & implied nude. It is not something that is done over here in Ireland as there is no demand or industry for it. All the Lads Mags, Page3 etc. are all based in the UK.

With a standard Ryanair flight to Stansted at just €19.99, it is fairly cheap to head over for a day and shoot. A usual trip involves grabbing a flight over, renting a studio for the day and shooting away. The best of the shots then get sent off to the syndication company who try to sell the shots for me. Easy.

One of my first trips over there was about a year ago. I was shooting with the fab model Lauren Wood, whom is currently with Nine Model Management, a relatively new glamour agency. Lauren was fantastic to work with. Being confident and stunning made my job very easy.

The studio I rented had fantastic window light, so I utilised this for a lot of the shoot. Shooting with a Canon 50mm 1.2L, it soaked in all the light and gave a nice shallow depth of field, blurring out the background.

Things are a lot different over in the UK in terms of glamour. Being Topless for shoots is no big deal. There is no fear of a little nipple for shoots. Of course one can say that its trashy, disrespectful to women and all that jazz. My aim is to try capture tasteful glamour shots. Don’t be afraid to let me know in the comments what you think of the shots 🙂